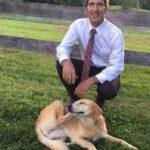 Stefan is a partner with Martin Delaney & Ricci Law Group and runs the firm’s Windsor, VT office. He  practices law with an emphasis on plaintiff’s personal injury.

Stefan grew up in Bellows Falls and is a fifth-generation Vermonter. After high school, he relocated to Southeast Alaska where he lived for well over a decade. Before returning to Vermont to attend law school, Stefan spent many years commercial fishing in the Bering Sea and Gulf of Alaska. When not at sea, he worked as a residential carpenter and rock and ice-climbing instructor.

Stefan is a graduate of the University of Alaska Southeast in Juneau, Alaska and holds a Bachelor of Arts. He earned his Juris Doctorate from Vermont Law School. As a law student, Stefan represented Vermont Law as a member of its Jessup International Moot Court Team and served on the Student Senate. He completed an internship with the New Hampshire Public Defender, and a semester in practice with the South Royalton Legal Clinic, where he aided clients with family and immigration law issues.

Stefan lives in Windsor, VT with his dog Quasar and spends his free time pursuing a wide variety of outdoor activities.