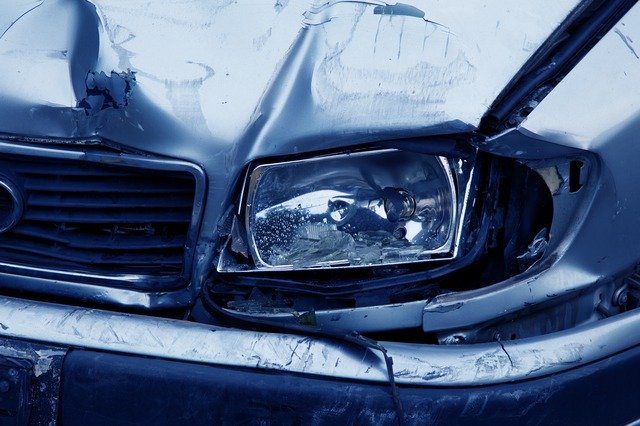 Insurance companies like to use the term “accident” when talking about car crashes. This makes sense because accidents “happen” and the idea that something was just an “accident” helps relieve the at-fault driver of some of the responsibility for the wreck. So, in this office, we call them car crashes and car wrecks. There are some car crashes that can be handled without lawyers getting involved—that’s generally when there are no injuries and it’s just dealing with repair to the vehicles.

If you’ve been in a wreck, you should go to the hospital and get checked out, even if you feel fine. One thing that happens is you get a spike of adrenaline that can mask the body’s pain signal until the next day or longer. And sometimes damage to your body won’t show up for six months or more. Concussions are common and not easy to self-diagnose. Of course, we’re not doctors, so go see the doctor.

Always report car crashes to your insurance company, even when you’re not at fault. In Vermont, we have mandatory underinsured/uninsured motorist coverage. Without getting too deep into it, what this means is that if the at-fault driver doesn’t have insurance or have enough coverage to pay for your damages, your insurance company steps in and covers you for the car crash up to the limits of your insurance policy.

Finally, if you’re in a wreck, cooperate with the investigation and be as precise as you can. And contact an experienced Vermont personal injury attorney to explore your options. Even if we don’t take your case, we’re always willing to help you navigate the process or connect you with another attorney who can.

Sometimes liability is a given. A driver runs a red light and causes a crash. The police report places that driver at fault. But sometimes liability is more nuanced. Perhaps two vehicles were turning at the same time and there’s a dispute over who had the right of way. Sometimes the police have incomplete information and make the wrong fault determination. Other times one driver may be at fault, but another driver also played a part. Sometimes there are several vehicles involved and it can take time to determine who is at fault for what. One of the first things we do when we take a case is take a hard look at liability and what we need to prove at trial.

Here’s something you may or may not know about car wrecks. In court, it always looks like it’s one person suing another person (sometimes a company) in a car-wreck case. In fact, there’s a rule of evidence that most judges interpret as preventing lawyers from even mentioning liability insurance in the courtroom.

See, the insurance companies know that because they’ve treated so many people poorly over the years that jurors will not be sympathetic to the 285-billion (285,000,000,000 or two-hundred-eighty-five-thousand million) dollar per-year auto-insurance industry. So they’ve tucked some of those profits into lobbying efforts. And as a result, lawyers rarely utter the word “insurance” in a court room. But let’s be real. That court case with Mr. Victim versus Mrs. Sweetlittleoldlady? There’s an insurance company back there calling the shots. And if you’ve ever been hurt and had to deal with a car insurance company, you probably already know what it’s like: the insurance company says you weren’t really hurt and even if you were, it’s all preexisting. Do you know if your insurance company is really looking out for you?

If you’ve been in a wreck, and you’d like to know what your options are, contact us for a no-obligation, free consultation.