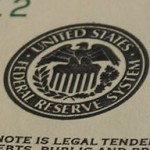 We get several visitors regarding this issue, so it’s about time for a blog post about it.

Greg Thatcher is a friendly, unassuming software engineer with a small website that includes a section with bank routing numbers.  In June 2013, he was told that his posting of the numbers violated the American Bankers Association’s (the other ABA’s) copyright on the numbers.  So Greg took down that section of the website, but he wasn’t happy about it.

We’ve been representing Greg pro bono since late summer when one of us went to use the website and found all the routing numbers “blocked.”  The idea that these numbers are copyrightable is preposterous.  We said as much in our first letter to the firm representing the ABA.  That letter received a fair amount of press, largely due to its snarkiness and abuse of footnotes.

We followed up two months later when we didn’t receive a response.  Yesterday, we finally received a response.  The response doesn’t say much at all but it makes some vague threats and expresses concern over Greg’s potential use of potentially inaccurate information.  Popehat has a great, snarky write up if you’re looking for something more in-depth.  In the meantime, we’ll ponder our response.

Greg thanks you all for the outpouring of support, as do we.

2 Replies to “Routing Numbers and the ABA”

This site uses Akismet to reduce spam. Learn how your comment data is processed.